Where We Came From

The Apex Fire Brigade Society (AFBS) was originally established on November 11, 2007 by a group of Apex residents, staff, business and homeowner volunteers to protect our community from fire – based on the concept of “Families Helping Families”.

Where We Are Now

In early 2019, the AFBS pursued a renewed effort to become the provider of the community’s only frontline response organization for fire, medical/rescue, motor vehicle and all hazards disaster response through it’s operational organization of Apex Volunteer Fire and Rescue. The AFBS is currently developing this capability as a non taxed-based organization that relies solely on grants and the generous financial and equipment contributions from residents, homeowners, businesses and other fire response services. Due to the generosity of these contributors, Apex Voluneer Fire and Rescue has been able to obtained  our first new to us fire engine (Engine 121 aka”Timber”), a temporary fire hall and basic fire fire-fighting, medical and rescue equipment in less than one year. With the additional hard-work and dedication of the organizations’ members, a core group of emergency response members trained to the minimum levels of firefighting and medical response required to respond to fire and medical emergencies has been established.

On March 27, 2021, Apex community members voted in a Regional District of Okanagan Similkameen Referendum to support a property tax-funded fire service to the community.  There are two budgets that were included in the Referendum; an annual $200,000 operating budget and up to a $3 million borrowing budget to support the building of a new fire hall, and the purchase of a new to AVFR fire engine.

Where We Need To Go

AFBS is now able to meet the immediate basic fire and medical emergency response needs of the Apex Community. This provides the organization with the opportunity to now meet the requirements of the Fire Underwriter Survey (FUS) fire protection rating for the Apex community. This also allows the AFBS and the AVFR to focus on planning for the sustained provision of these basic services (beyond the next two to five years), while expanding organizational capabilities to provide the full spectrum of emergency response services required to meet the community’s public safety needs

We are super friendly, authentic humans who work hard for our community. We’ve been known to be a little scrappy from time-to-time but flexible and adaptable all the time. We are a diverse group of passionate visionaries, techies, and forward-thinkers who love what we do. 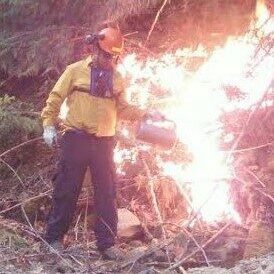 Kelly is a permanent full-time resident, property owner and enthusiastic community member at Apex. He is currently the Deputy Fire Chief for Apex Volunteer Fire Rescue and a Board

Member with the Apex Fire Brigade Society. While Kelly is not undertaking his Apex fire service duties, or recreating in our amazing community, he spends his time working seasonally as a paid member of the Apex Mountain Resort Ski Patrol, year-round as a Paramedic with the BC Ambulance Service and running his fire management consulting firm.  Kelly has 30 years of experience in fire management, pre-hospital emergency care, and wilderness search and rescue. He has served in emergency response to senior program management roles within all levels of government, non-profit and private consulting organizations. As the president and principal owner of Wildland Professional Solutions, Inc, Kelly is an industry leader in supporting community fire resilience across North America through hazard, and risk evaluation and results-based solutions. Kelly remains continuously involved in leading the development of innovative and pivotal community fire safety programs, regulations, standards, policies, strategies, publications, and training curriculums at the local, provincial (Canada), state (U.S.) and federal levels, including current key projects with the Province of BC, the Province of Alberta, the Canadian Federal government, the state of California and the U.S. Federal Government. Kelly also serves as the FireSmart Canada Program Technical Advisor; as a director and Operations Manager with the U.S. non-profit Community Wildfire Planning Center; as an appointed member with the National Fire Protection Association Wildland and Rural Fire Protection Technical Committee; and an appointed member of the National Research Council of Canada Wildland-Urban Interface Technical Committee.  Kelly maintains his relevant qualifications as a Registered Professional Forester, Wildland Fire Behavior Specialist, Wildfire Ignition Specialist, Wildfire Mitigation Specialist Lead Trainer, NFPA 1001 Structural Firefighter 2, NFPA Fire Service Instructor 1, and BC Wildland Fire Management Instructor.
Show More 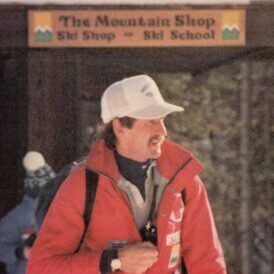 Graeme is a Board Member of the Apex Fire Brigade Society, Local Fire Smart Representative and a firefighter with Apex Fire and Rescue – Graeme Lindsay also sits on the future Apex Fire Station Building

Graeme possesses exceptional technical knowledge and skills.  His career began as an architectural draughtsman after graduating from BCIT’s Building Technology program in 1971. In 1993 Graeme obtained professional designation as an Applied Science Technologist (AScT) and in 1997 was inducted into the Building Designers Institute of British Columbia as a Registered Building Designer (RBD).  Graeme is also certified as a Gold Seal Project Manager through the Canadian Construction Association and is a member of the BC Association of Building Designers.

Graeme is currently, and has been, employed by Greyback Construction Ltd. for the last 17 years as a Senior Project Manager. In his 40-year involvement in Building Design and Construction he has completed dozens of successful projects with a total value in excess of 200 million dollars. A few recent local examples include: Lakeshore Towers in Penticton, Kal Tire Head Office in Vernon, and the Skaha Hills Residential Development in Penticton. Prior to joining the Greyback team Graeme was a construction business co-owner/partner in Penticton for 19 years.

At Greyback Graeme is highly regarded within his field. He plays a leading role in setting up projects and overseeing quality control. Throughout the building process he ensures that all building codes, engineering specifications, safety and health requirements are met. Graeme is conscientious and demonstrates a strong work ethic. His integrity and concern for fairness are admirable traits.

Having been in the industry for as long as he has and working in both design and construction fields Graeme has gained exceptional technical knowledge and has become an invaluable asset to any delivery team – especially as it relates to his skill in the pre-construction environment.

Graeme was born in Scotland and emigrated to Penticton in 1966 where he attended Pen Hi and was influenced by friends to join the Apex Volunteer Ski Patrol in 1968. He served as a CSPS member in many leadership roles for some 24 years before becoming the first professional ski patroller at Apex. He went on to serve a second term as Pro Patrol Leader in the early 80’s and subsequently onto Outside Operations Management for a term. At that time Apex ownership changed hands, so he decided to follow a career he had been trained for – the construction industry.

Graeme is a full time resident and property owner at Apex. He joined the AFBS in 2018 and found a desire to serve the community again through this volunteer service organization.  Graeme is dedicated to ensuring the Apex community is a safer one through a certified Fire Service. 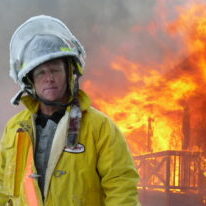 A connection to the mountains of Apex began over 80 years ago for the Davis~Corbett family with John’s mother Charlotte skiing from the original Scout Cabin in the 1940’s.

John’s family was also one of the original investors in the resort. John has made Apex his home for 44 years, where right out of high school he ran snowcats on the mountain, this leading him to enrol and graduate from Selkirk College Ski Resort Operations and Management in 1981. John then returned to Apex to become Operations/Maintenance Manager. Opportunities arose, John became a red seal carpenter and began in the construction industry in 1985. John Davis Construction continues to build custom mountain homes at Apex Mountain Resort. Having young skiers in the family led John to be very involved with the Apex Ski Club, whether fundraising, working courses or acting as President for five years, John devoted himself to this club.
2010 brought the start of Diesel’s Snow Removal. Rewarding years came when John and his family built the legendary Saddleback Lodge in 1999. It was a deep personal loss when fire took the lodge in 2010, the largest fire loss in Apex’s history, but it was fortunate that the Brigade was able to keep the fire from spreading to surrounding structures. John has been a member of the Apex Fire Brigade since its’ inception in 2007 and has recently acted as President for a two year term. An accomplished skier and adventurer, John plans on spending the rest of his life at
Apex with his partner Lori, family and wonderful friends enjoying the community he loves.
Show More 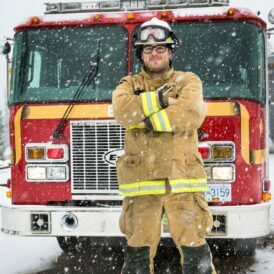 Gabe is a permanent full-time resident at Apex. He is also a member of the paid ski patrol during the winter. Gabe has been the fire chief of the Apex Fire Brigade for 2 years and a member for 3.

He was formally the fire chief of the Blue River Volunteer Fire Department. Through his prior career as a Canadian Armed Forces Combat Engineer and his Firefighting background Gabe has obtained a wealth of knowledge and experience. His knowledge of fire service budgeting, grant writing, equipment acquisition, passion for teaching and helping his community has made him an excellent asset to the AFBS growth and transformation in recent years. Gabe has successfully worked with various levels of government in operating fire departments both from day to day operations up to provincial deployments.
Show More 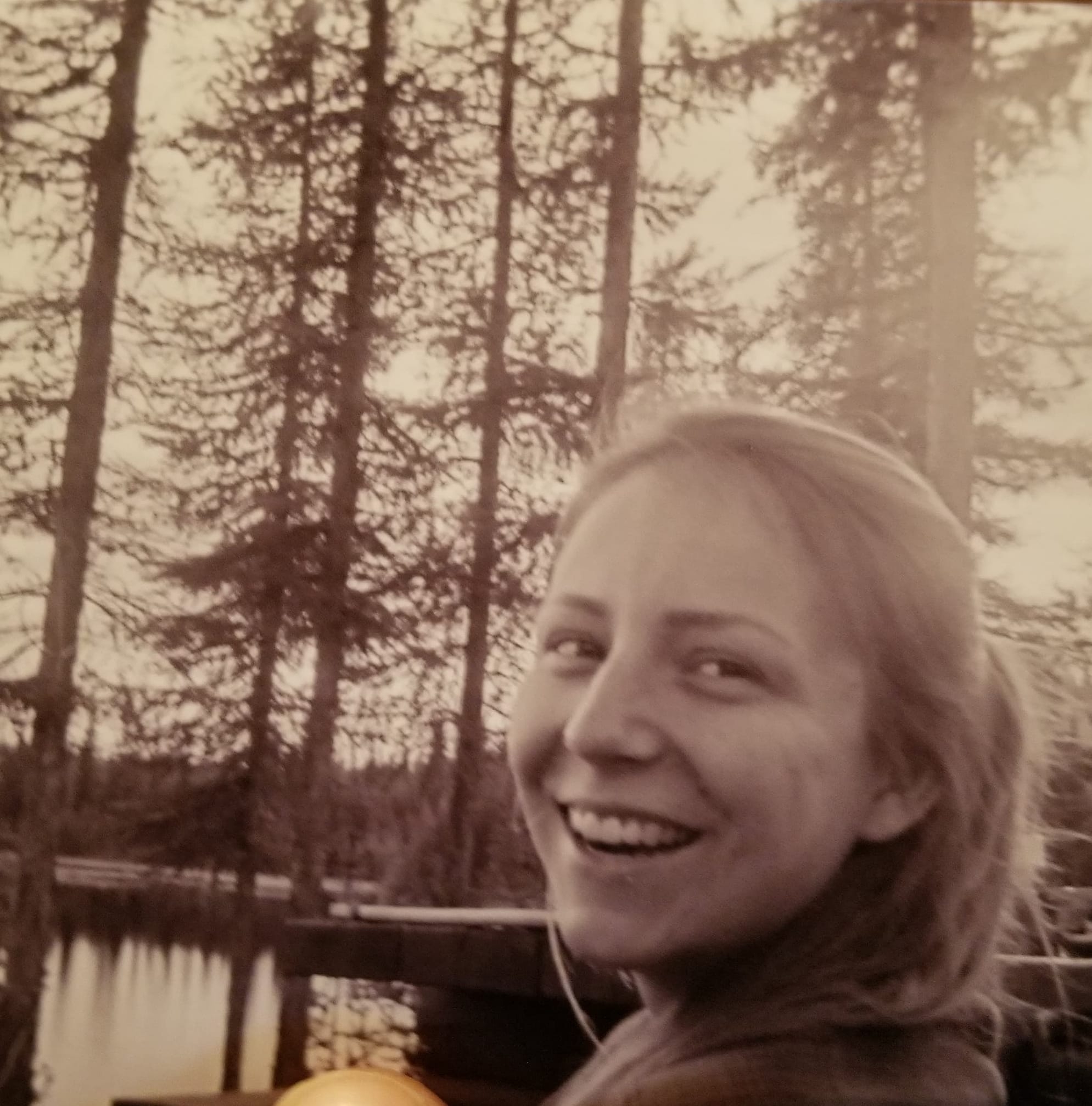 After the realization set in that she wouldn’t be making it as a professional skier, she settled for the next best thing, working in the industry. Molly is a full-time resident and manages the Mountain Shop

Her most recent adventure at Apex Resort has been joining the AVFR as a volunteer firefighter. She felt the need to become more involved in the community here especially at the fast rate it is growing. She has found great pleasure watching and learning more about the community as it grows from both a business and volunteer perspective. 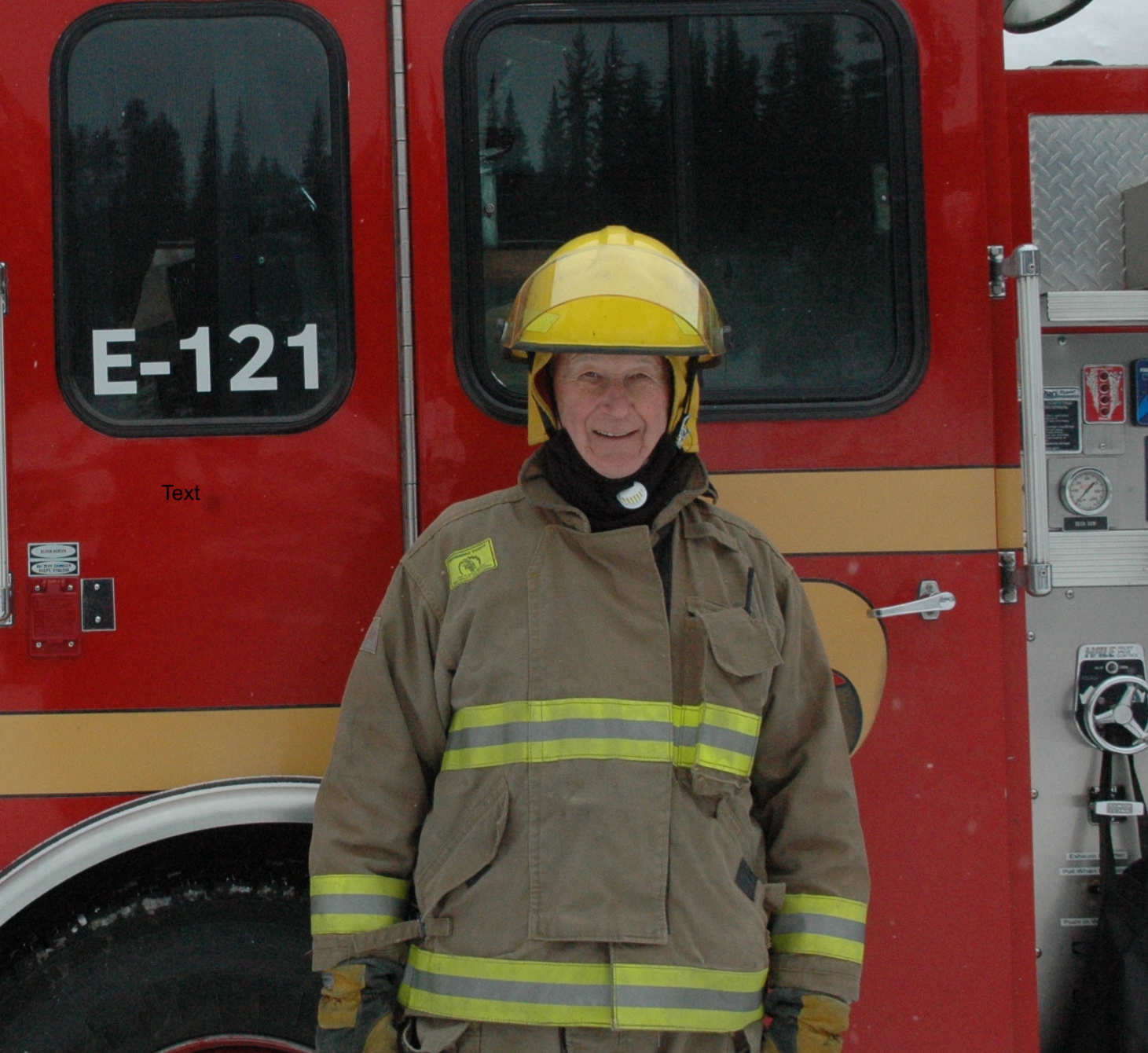 Ed is a permanent full-time resident, a property owner who demonstrates a strong work ethic to serve his community of Apex. He joined AVFR 3 years ago and brings to the team 25 years of worldwide

logistic experience with the entertainment industry.

Ed’s strong passion for Fire Smart made it the first community in the village to receive the Fire Smart plague in 2020! 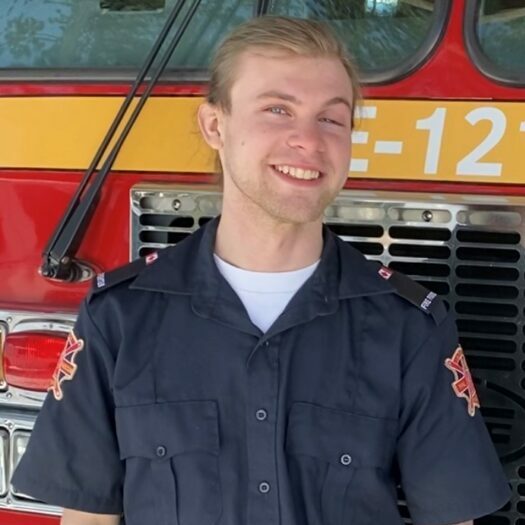 Born in Saskatchewan, Chris bounced around western Canada for several years before finding his home here at Apex Mountain. Chris lives on the hill full time year-round, and you can often see him

outside, working on the renovation/restoration of his cabin in the circle. Chris has been a member of the fire brigade since early 2019, and currently is the president of the fire brigade society’s board of directors. Chris enjoys training with the brigade, and works to gain skills through each week’s practice. Chris is also one of Apex’s trained firesmart representatives.
When not busy with the fire brigade, Chris enjoys his day job as a teacher at Similkameen Secondary in Keremeos. At SESS, Chris teaches woodworking, music, and photography to an enthusiastic group of students.
Show More 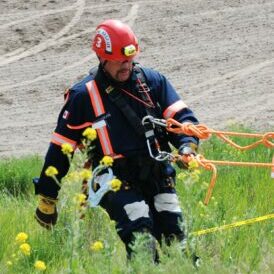 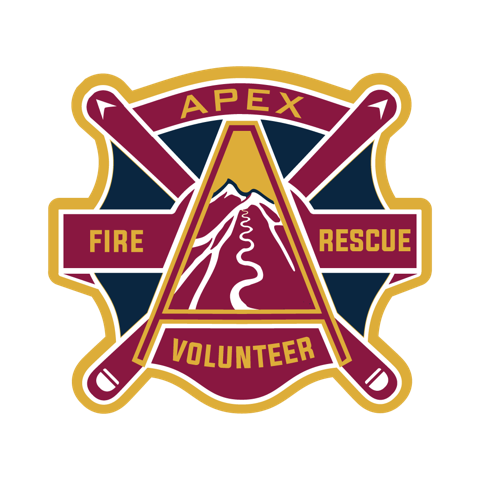 This Place Is For You

Are you skiing at Apex, taking care of a family, or love spending time in the GunBarrel? As you can see, we’re a bunch of positive people with different interests and backgrounds.

We’re truly united in building a great team that serves our community. Join us on this mission and take your spot!
Show More
Become a Member